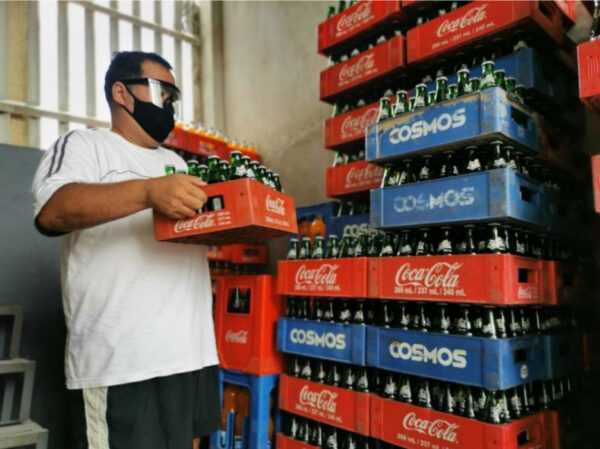 45-year old Billy Belleza, a pioneer member of the Coca-Cola Balik Pinas program, said that through the full support of Coca-Cola, his business has been thriving even amidst the pandemic.

“I was suddenly jobless, and during a global crisis. I worried about supporting my family,” says Carlos Manzano, 43-year-old breadwinner for a family of two. “I really didn’t have any plans for when I returned to the Philippines—especially since I was an OFW for almost a decade.”

Carlos had been working as a company messenger in Qatar for eight years—until the COVID-19 pandemic shook the trajectory of his career and, consequently, the well-being of his family. Carlos shares that he had just planned for a short visit to his loved ones back home in the Philippines when his company carried out company-wide layoffs. “I couldn’t have known,” Carlos shares, “that my short trip would be a permanent one.”

Carlos and his brother Jazz, who shared the same fate as his, returned to the Philippines. Their livelihoods were casualties of the pandemic: their future, and that of their families, was marked by uncertainty. Their outlook mirrored those of the 180,000 overseas Filipino workers (OFWs) repatriated due to the pandemic and the numerous crises it gave rise to.

A road to a new start

With equal parts determination, resilience, and unflagging hope, Carlos, Jazz, and their father Lito—who himself had been an OFW for eighteen years—set up a beverage distribution business called Naga Jac Beverages Trading in their hometown of Naga. But, as with any new business venture, the family’s optimism was tempered with anxiety over how it would all turn out—especially during such tenuous times.

During the construction of their warehouse, however, a perfect opportunity to succeed presented itself in the form of the “Balik Pinas Program of Coca-Cola”, which was offered to the Manzano family by Carlos Rivera, the Territory Sales Manager of Coca-Cola Beverages Philippines, Inc. (CCBPI) in Naga City.

For the Manzanos, the gesture strengthened their hopes regarding their family’s future. The support and opportunities provided by the Balik Pinas Program—the trust that they held for Coca-Cola—allowed them to restart back home, taking comfort in the knowledge that they had help.

Lito can still remember his first order of coke products: 60 cases. He is all smiles as he shares that the business has grown to an average of 4,000 cases a month, just five months after they started and in the middle of pandemic, to say the least. They have also invested in routing units—a multicab and a tricycle.

For the Manzanos, “Balik Pinas” has allowed them to continuously support their family. “Even as I left Qatar, I always envisioned that I would head back to work there. But with (the) “Balik Pinas (Program)” of Coca-Cola, I would say that I wouldn’t want to work anywhere else and be away from my family again,” said Carlos.

“Saro ining blessing,” says Jazz Manzano in Bicolano. It was a blessing. 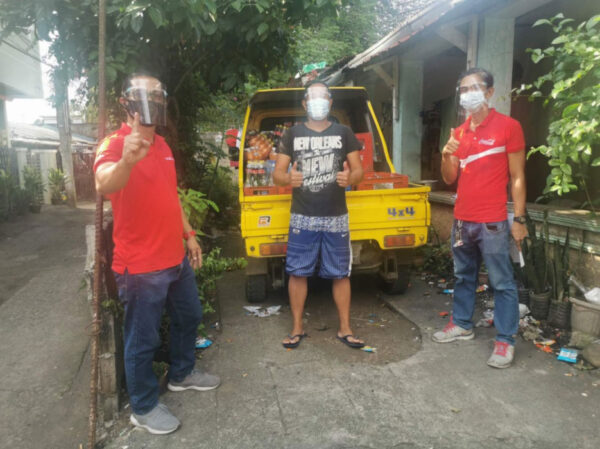 Just a couple of months after returning home, Carlos Manzano and his family was able to set up their business as Coca-Cola distributor through the Balik Pinas Program, which Carlos said has reshaped his life and outlook forever. IN PHOTO: Carlos and their family’s multi-cab routing unit with the Coca-Cola Naga Sales team.

45-year-old Billy Belleza, on the other hand, was excited to head home after 20 years of working in Brunei. He voluntarily left in March 2019 to start a water-refilling station business in Naga. “I was excited to head back home. I was able to rise up from being a simple janitor to a sales manager in Brunei,” says Billy. “I had the confidence and the experience; I told myself I didn’t need to worry too much.”

Billy was among the pioneer members of the program. His business, Andre Water Station, soon became an outfit that primarily sold Coca-Cola products— and has since become one of the prominent distributors in his area after he, too, discovered the Company’s Balik Pinas Program. Billy shares his first delivery from Coca-Cola— “It was during the Traslacion in Naga. It was a blessed-filled kickstart”.

Billy has since bought another routing unit, a mini truck, to expand his routes and deliveries. Andre Water Station also transferred their warehouse to a bigger and better location to support a growing business.

“Coca-Cola has never failed to present opportunities for me and my business to grow since I decided to take part in the Balik Pinas Program,” shares Billy. Besides direct guidance and support from CCBPI Territory Sales Manager Carlos Rivera, the Company helps grow Billy’s customer base and taps him to be the official supplier for booth set-ups in his area.

“The Balik Pinas program started as a small-scale effort here in Naga to help former OFWs like Billy, Carlos, and Jazz and their families to set up and successfully run a business,” shares CCBPI’s Rivera. “With their success and in light of current events, this program has been expanded to a national scale to help repatriated OFWs and their families recover gradually during these trying times.” 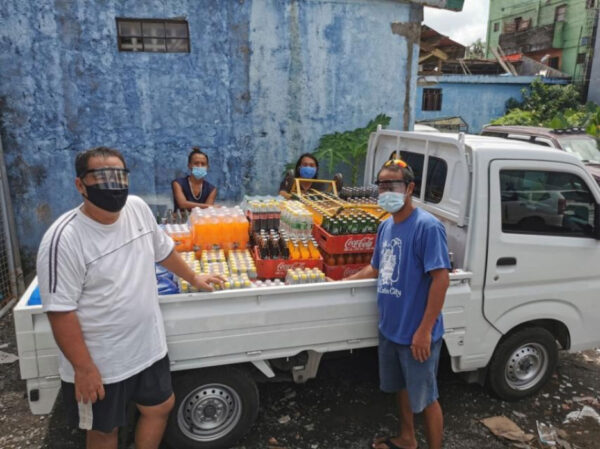 Since starting his business in 2019, Billy is now one of the prominent Coca-Cola distributors in his area and has added another mini truck to serve more routes and deliveries. Billy is one of the pioneers of Coca-Cola’s Balik Pinas program.

Coca-Cola in the Philippines has consistently sought to create programs to support MSMEs, more so now with the COVID-19 pandemic having disrupted lives and livelihoods. “Balik Pinas” is one of those programs; it aims to help returning OFWs like Carlos, Jazz, and Billy as they restart in the Philippines and support their families through new businesses.

With the program, the Company provides an opportunity to become a part of the Coca-Cola family as a distributor, wholesaler, stills distributor, or a community reseller.

This is a journey that the Company and these new entrepreneurs take together at every step—from setting up the business, to sustaining it, to ensuring growth. CCBPI assists former OFWs in choosing a suitable business model for their area, helps in managing their cash flow and inventory, and sees to it that they are given proper guidance and training until they are fully ready and equipped to operate on their own—all in all, a sustainable and profitable business founded on practical support from a global beverage brand.

With programs like Balik Pinas, Coca-Cola remains firm in their commitment to help local communities, contributing to the restart of the national economy—by way of reaching out to Filipinos.

“Coca-Cola’s commitment to Filipinos has only grown stronger, in weathering this crisis together,” says Gareth McGeown, CCBPI President and CEO. “We will help and support where we can. Through Balik Pinas, our goal is to help repatriated OFWs who have lost their livelihood abroad to start anew, via owning and operating their own business and be successful here, at home, with their families.”

With the help of the Department of Labor and Employment (DOLE), CCBPI aims to reach more OFWs who are interested to start their own business through Balik Pinas.

Spread the word to be one with the Company in helping our kababayans.